These spicy kebabs are popular in Andalucia and originate from the era when the Moors occupied Spain.  It works superbly with pork, chicken or lamb.  Marinate the meat as far in advance as possible.  This recipe is adapted from one in the fantastic Moro restaurant cookbook. 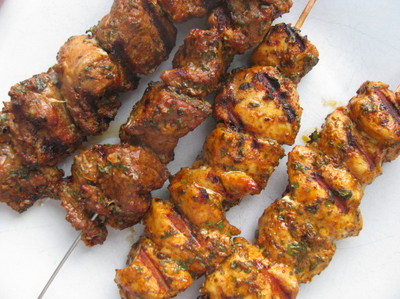