Despite the two week interval I’m afraid I’m still stuck on a hard
liquor theme.  So this week, a delicious bourbon whiskey infusion, plus
a cocktail to use it in.  (Actually, the 1794 is usually made with rye
whiskey, but not in this household as we don’t have any.) 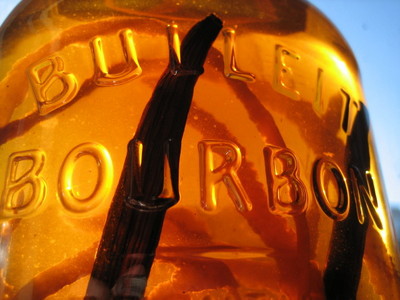 This ‘recipe’ comes from Scott Beattie, the talented barman at the Cyrus restaurant bar in Healdsburg, California, who is reputed to be the best ‘mixologist’ in America.  After we’d worked our way through most of his cocktail menu, he happily divulged his bourbon-infusing secrets…