Plain to be seen 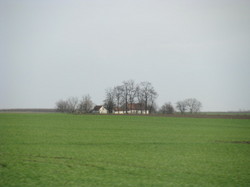 The puszta – the great plain – is very important to Hungarians.  It may not sound very interesting to outsiders: it’s the flattest part of the country, dotted with fairly shabby isolated farms, wells, marshland and perhaps not a great deal else.  But here it means more than that: it holds an important place in the Hungarian imagination and sense of national identity.

As we found out, though, it’s also a place to hear lively folk music, eat the best bread and pork fat we’ve found so far (and that’s saying a lot), and learn how to play the pig’s bladder while cracking a whip. At least, it is if you’re coordinated enough, which one of us was … 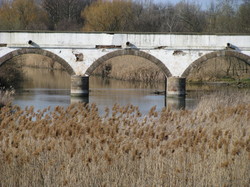 We probably all know (or think we know) that Hungarians pride themselves on their paprika and their goulash.  And we’d be right.  The puszta is key to both of these.  Most Hungarian paprika is grown there, where the hot weather suits it.  And true goulash – or gulyásleves – is not in fact the stew that many of us think of, but a cowboy soup originally made by herdsmen roaming the great plain on horseback while (if legend is to be believed, which it shouldn’t be) tenderizing the all-important beef under their saddles. 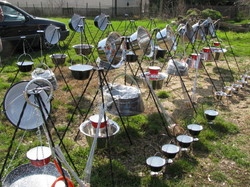 And Hungarians still like their gulyásleves this way.  On a sunny weekend you’ll find people escaping the cities, off in the great outdoors cooking over fires – but here the concept of an outdoor barbecue doesn’t centre around grilling meat, but rather around making soup in a big metal kettle suspended cowboy-style over the flames.  Drive towards the Hortobágy National Park (the heart of the puszta) and you’ll pass rows of kettle sellers keen to supply your soup essentials. 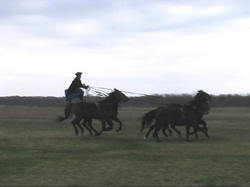 It’s probably reasonable to say that the Hungarian sense of national identity would not be what it is without the nomadic cowboy: the Magyar herdsman who arrived in the Carpathian basin in the 9th century from Asia, and settled in the great plain.  Today frequent displays of great horsemanship are put on for the city folk who’ve come to see the plain, such as the remarkable ‘five in hand’ cowboy stunt (see picture).

If, say, we were amateur anthropologists who hadn’t done our research properly, we might be tempted to theorise about this:  While most modern states idealise and justify their national identity by stressing (and inventing if necessary) notions of pure blood lines and indigenous territorial rights, the Hungarians are unusual in emphasising their tribal ancestry, nomadic lifestyle and herdsman traditions.  Perhaps this is due to the clear lack of historical fixed abode, out of which a virtue must be made.  They certainly do seem to be quite proud of it. 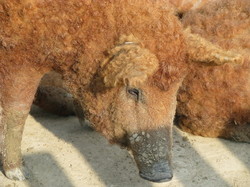 And there’s a lot to be proud of.  The puszta is a unique landscape: partly dry semi-desert, partly low-lying wetlands, and so flat you can see mirages in March.  It’s also full of unique animal life: the racka sheep with their striking twisted horns and tasty salami-filling meat; the enormous prehistoric-looking grey Magyar oxen; the frizzly geese (seriously).  And most importantly from our pig-fancying point of view, the curly-haired mangalica pig.  Here is a pig that is over 70% fat (or as your local supermarket might put it, up to 30% fat free) and whose back fat can be 20cm thick.  This is not a pig for the faint-hearted; but it’s the ideal pig for curing – as Spanish jamón serrano producers have discovered. 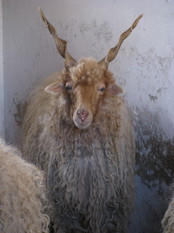 These weird and wonderful (and generally curly it seems) ancient animals were almost lost during communism when numbers dwindled dangerously low.  But since then a concerted effort has been made to repopulate the Hortobágy National Park with its traditional puszta fauna, especially the grey oxen and racka sheep, and to educate the public about the rare breeds’ heritages and qualities.  No day trip to Hortobágy is complete without a visit to the zoo to marvel at all those curls.

The idea of the puszta has always been tied up with the tanya: the isolated farm – and the traditional way of life associated with it.  Under communism, this way of life suffered with the drive for collectivisation, and many tanyas disappeared.  Now, they – or, at least, the idea of them – are seeing something of a resurgence, as upholders of the puszta traditions.  While in the past, to call something (or someone) tanyasi might have implied backwardness, now it is more prestigious, carrying with it notions of authenticity and wholesomeness. 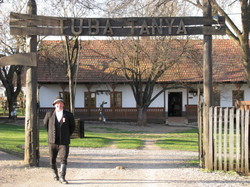 We experienced this at first hand when we went to stay at Tuba Tanya, in the great plain near Hortobágy.  It’s not a working farm any more, but it’s been preserved, renovated and run so as to give tourists (mostly Hungarian) a taste of what the tanya and the puszta are, or at least were, all about.  There are racka, grey cattle and pulli dogs (curly, of course, like dreadlocked mops); authentic (and very good) folk music; and as much pálinka as you can shake a stick at.  Our host, Rápolthy István, was as generous and friendly as they come. 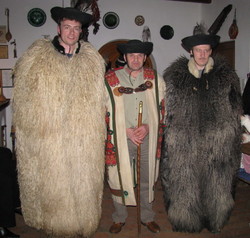 It’s all about participation: guests get to join in the singing and dancing, try their hand at traditional instruments like the köcsög duda (basically, a stick attached to a skin stretched over a jug – hard to argue with, but surprisingly hard to make it sound good) and even get to have a go cracking lengthy cowboy whips in the yard outside.  (One particular cowgirl was surprisingly good at this.)  We even got to try on Magyar herdsmen costumes, including hundred-year-old cowboy hats, and parade ourselves around, much to everyone else’s amusement … 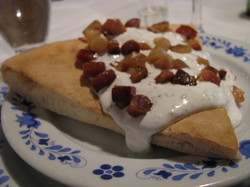 And it’s all done extremely well.  The food was very good – clearly all home-made and using fresh produce, including their house-cured bacon and ham.  The langos bread is baked on the spot in a wood-fired oven the old-fashioned way, and served with delicious sour cream and pork cracklings made from their own szalonna (it’s pig fat, but not as we know it).  The chicken soup, stuffed cabbage rolls, melt-in-the-mouth roast duck and puffy sweet pastries were all just as good (not to mention the paprika and garlic smoked sausages and szalonna we had for breakfast).  And the plum pálinka, of course, was as delicious and fiery as ever. 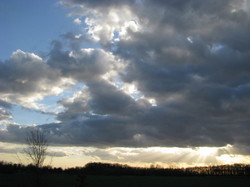 At the end of the evening, though, we couldn’t help but notice that we were the only people staying on the farm.  All the other guests went off home; and so did the owners, who live in nearby Hajdúszoboszló.  Understandably, of course; it’s a town, it has all the amenities which towns have (and tanyas don’t), including schools for their children.   When all was quiet and dark, it felt like perhaps we were the only people actually staying in the puszta that night. 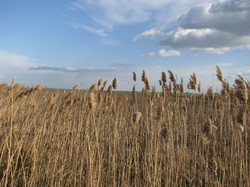 So we couldn’t help wonder: just how real is the puszta?  The nomadic Magyar way of life is long gone, of course – most Hungarians (like most Europeans) live in towns, with nearly 20% living in Budapest.  The tanya may be dying out, too, with the effects of communism and now the pressures of commercial large-scale farming.  Most of those we saw looked incredibly impoverished and run down.  It’s definitely the plain to be seen on, but perhaps not to be lived off.

Well, there’s only one way to find out how relevant to modern life this nomadic dream is.  We’ve got a few months still ahead of us as we travel round trying to satisfy our thirst for culinary knowledge.  And we’ve bought a soup kettle.