In Tuscany some tell you never to season the meat with salt before cooking it as it makes the meat tough.  In my experience seasoning the meat in advance hugely improves flavour and does not make it all tough, as long as you don’t overcook it.  Rocket leaves are traditional, but I like a mix of rocket and watercress and whatever else is to hand.  And for a further British touch I serve creamed horseradish alongside. 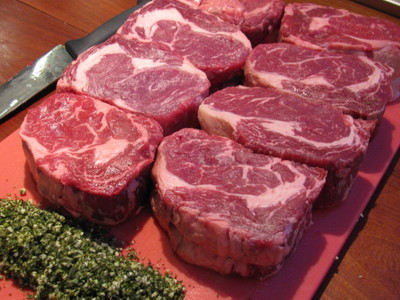 Horseradish cream
Finely grate some fresh horseradish root using a microplane.  Squeeze over just enough lemon juice to cover and mix in a pinch of salt.  Leave to macerate for an hour or so.  Mix in crème fraîche to taste, adding a little more salt or lemon juice if needed.  Leave in the fridge to thicken up slightly for an hour or two.