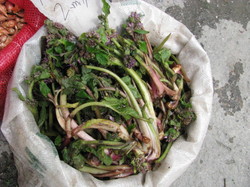 Don’t fall into the trap of thinking Turkish food is just meat and kebabs, despite what you may have seen on your local highstreet in England.  Some of the best cooking we had in Turkey was totally vegetarian.  Three of or favourite cooks in Turkey, Musa Dağdeviren, Zeliha İrez and Erhan Şeker, cooked predominantly with vegetables, and made abundant use of weird and wonderful wild greens and herbs that we’d never heard of before, let alone tasted.

We learnt that the use of wild greens, especially around the Aegean, has a very long history, and is a practice that survives well despite the onslaught of agribusiness and fast food.  People from villages all around the Turkish and Greek coasts of the Aegean spend winter and spring regularly foraging by the roadside, near the coast or up in the hills for wild treats such as asparagus, purslane or samphire.

Such greens are known to be tastier and healthier than their cultivated equivalents, and it’s everybody’s right to share in the natural crop.  Each month brings a different selection of flavours. 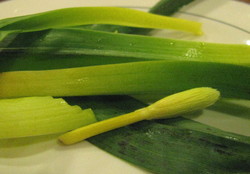 For example, in April we enjoyed çiriş (looks like a small leek but tastes of asparagus and artichoke), ıspıt (an allium from the west North Sea area) and mastic shoots at Musa’s restaurant in Istanbul.  At her home, Zeliha cooked for us with wild nettles, chard and watercress, and let us taste various leaves she had pickled that to this day we have not managed to identify.  Later, over in Mardin in the southeast we had deep-fried battered kenger (some kind of thistley shoot), which we’d seen in markets all over Turkey. 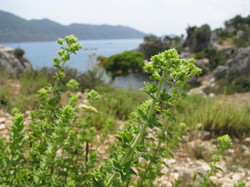 In May we moved on to wild samphire, picked by the sea in Kekova, where our host Tarik Demircioğlu kindly offered us some of his pickings.  Here we also found the hills literally carpeted in very aromatic wild sage (adaçayı) and oregano (kekik).  The locals will use these fresh, but are more likely to dry them in the sun and then make tea with the leaves.

Afterwards, we learnt from Erhan that there are 250 varieties of kekik in the world, of which 50 grow on the mountain above his house by the north Aegean coast. 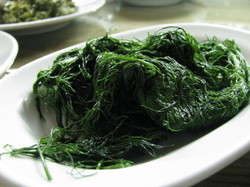 At Erhan’s we also enjoyed wild fennel fronds, borage, parsley, purslane, asparagus, amaranth, dandelion and many more greens collected from the hills by local foragers, including şevketi bostan (a kind of thistle) and özlemek filizi (reddish tendrils).  All were simply cooked, with plenty of local olive oil, a dash of lemon juice and perhaps a little rice or bulgur.  Delicious.

But how do you know what’s good and safe to eat, we wondered.  The hills are covered in all manner of scraggy leaves, and we wouldn’t know where to start.  “Get a goat,” advised Erhan, “and watch what it eats.”  So simple.