This recipe is just a guide.  You could use water or dry white wine and more sugar or honey instead of the dessert wine.  And the flavourings are optional and really up to you.  Go easy on them as their flavour will intensify when you reduce the syrup.  Instead of pears, you could use quinces. 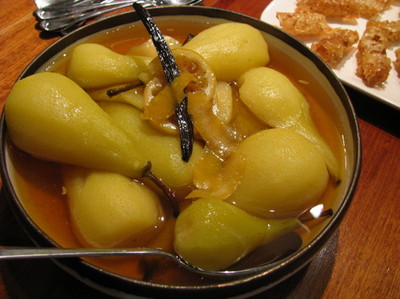